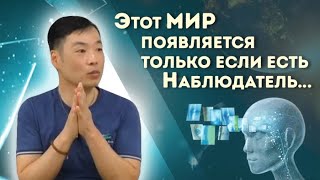 In 2017, Skype-in ​​retreats with Rama will participate Academy students Leela formless levels and the level of missionary **.
Players who are able to confirm these game levels, have reached a stage of the game, when the ego thins and becomes increasingly elusive. Protection are also veteevatymi and thin, to elude the player attention.
At the same time, the existential fears are exposed to the limit, but in turn, do not show gross sensations or scandalous events and honking about themselves only through subtle signs.
Playing the formless level, involves the student ready for complete surrender.
With the help of individual counseling Rama, players will receive instructions as closely as possible the way out of the blind spots of traps and go to the threshold of complete surrender, the most direct way.
All these subtle aspects of ego invisible to the players of the same level. For example, consulting each other, the formless level players can not see this level of blind spots, while a top-level player sees them obvious.
This is a known pattern in a game that saw soldiers hunting blind spots Jabneh, than hunters, missionaries see the blind spots of soldiers better than the soldiers themselves, shapeless players see blind spots clearer than all the previous levels.
On this principle is based the whole advisory Leela form of training students of the Academy. For example, "Open Heart", also conducting consultations players consist mainly of the formless level players and missionaries **, which is why they can advise missionaries, soldiers, hunters and seekers because they have the ability to see the play of Consciousness widened.
This retreat skype-Rama - an optional remote for the games, workshops, retreats, study mode, for formless level players (missionary **).
Registration on a retreat open. Dates skype-retreat with Rama will be floating throughout the year.

Do not be ill! Be happy! Individual consultations of Rama.

In October and November 2017. in Nakhodka and Vladivostok, Rama will conduct full-time individual consultations as a doctor-psychotherapist.

Not every illness should be treated - it is enough to understand another.

The spectrum of diseases, concerning which advises Rama, has no boundaries, because the key in the patient's condition is the word disease. Together with Rama you will be able to understand the reasons (the origins of your illness) and the ways to solve it (see the path to recovery).

Health is the only good that everyone takes from himself!
Dates of in-person consultations with Rama: